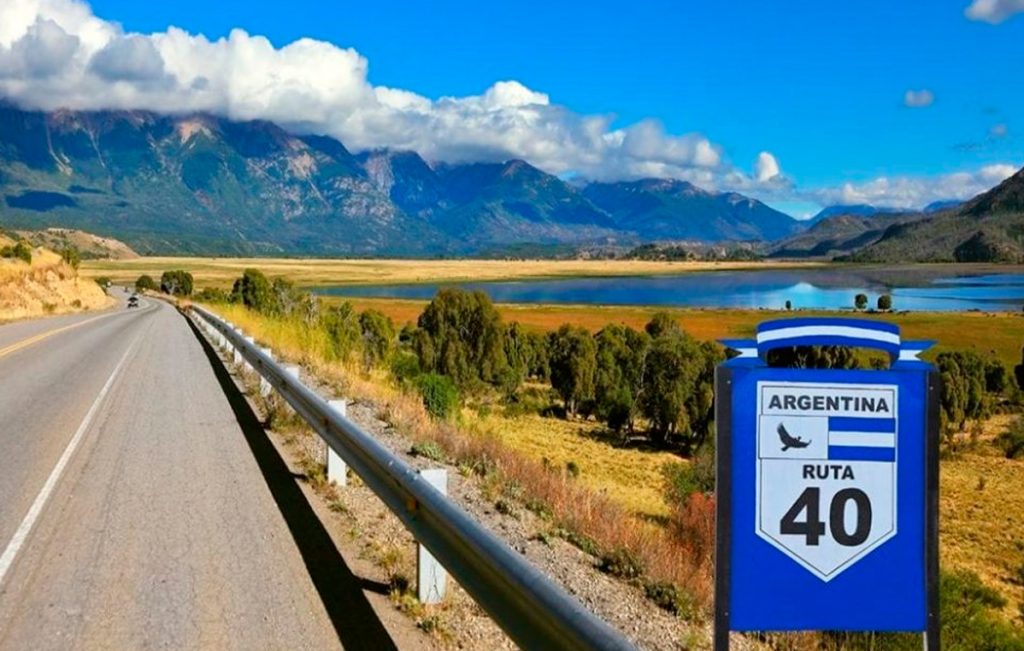 Argentina’s Route 40 is one of the longest and most impressive scenic drives in the world, taking you 3,000 miles alongside the Andes Mountains. With its highest point at more than 16,600 feet (5,061 m), it breaks the world record for the highest national road. The route goes from the southernmost tip of Argentina to the Bolivian border and so the terrain is hugely diverse, from winding mountain passes to expansive open spaces.

Equivalent to Route 66 the “Mother road” in the United States, route 40 is the ultimate Argentine road trip, made famous by its role in Che Guevara’s ‘The Motorcycle Diaries’. It crosses 18 important rivers, 20 National Parks and Natural Reserves and connecting 11 provinces: Santa Cruz, Chubut, Río Negro, Neuquén, Mendoza, San Juan, La Rioja, Catamarca, Tucumán, Salta and Jujuy. On this spectacular route, you’ll pass through everything from wetlands to breathtaking glaciers. 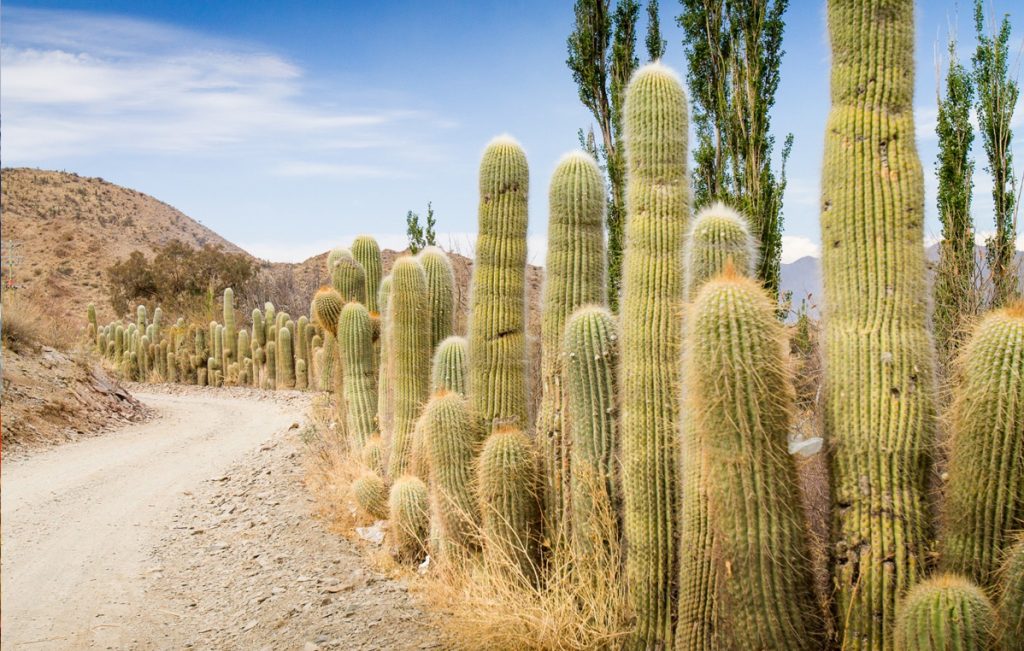 Along its entire length, Route 40 crosses incredible landscapes. Among its main attractions, there are several sites that are considered world heritage.

• Los Glaciares National Park: Its natural beauty made it appropriate the UNESCO title. The ice field comprises a vast region of the mountain range. The absolute “star” of all glaciers is the Perito Moreno Glacier, over the south branch of Lake Argentino. It has an imposing front wall of 5 km. and it is 60 meters tall. But there is an even bigger one: the Upsala Glacier,10 km. wide and 50 m. tall. At the north of the Park, another gem: Mount Fitz Roy, a true challenge for mountain climbers with its 3,375 meters.

• Cave of the painted hands: It is an archaeological site in Santa Cruz and, due to its antiquity, continuity over time, beauty and conservation, it was declared a unique pictorial complex in the world. The archaeological and paleontological importance of the site lies in the fact that these paintings of hands, animals and geometric figures made on the rocks are considered the oldest expressions of the South American people. Even in the region, near the Perito Moreno National Park, there are vestiges that demonstrate the existence of life from about 14 thousand years B.C. Specialists distinguish three stylistic types. The oldest, dating back 9,500 years, shows negatives of hands, hunting scenes and fences with snares, rituals and herds of guanacos. The next one goes from 7,000 to 3,000 years ago and there we can see negative hands, groups of pregnant guanacos and some amphibians and ñandués, and feline figures. The last group, 2,500 years old, shows human figures, schematic hands, geometric figures, concentric circles, zigzag lines, all in vibrant red.

• Los Alerces National Park: The larches that inhabit the forest are one of the longest-lived species on planet Earth. Its thousand-year-old forest earned it the distinction. The alerce trees are massive trees from the cypress family that resemble those of Sequoia National Park in California, United States. The largest known tree in the park is 187 feet (57 m) tall and 7.2 feet (2.2 m) in diameter. It is estimated to be 2,600 years old. The alerce trees are the second-longest living species of trees in the world. The most popular alerce forest is located on the northern end of Lake Menendez. Boat tours to this region allow visitors to experience this magnificent forest and the park's largest known tree. The national park is an excellent place to hike and explore the remarkable wilderness.

• Ischigualasto Provincial Park: Also known as the Moon Valley "Valley of the Moon", in San Juan; Talampaya National Park, in La Rioja. Both parks shelter archaeological and paleontological treasures. Ischigualasto covers 63 thousand hectares and only a very limited area is available for tourists; the rest, know it, is the subject of permanent study and research, the exclusive territory of the wise. The visit is only carried out with a guide, who is in charge of illustrating the most relevant aspects that the landscape shows: the amazing Bocce Court where countless spheres of stones are scattered; the figures of the Submarine (with two well-differentiated upper parts) and the Mushroom (with a single wider part); the little towers or watchtowers, on the crest of another mound; The worm; the Los Colorados wall and its ocher yellow plinth, whose colors shine more intensely at sunset; the grayish blue hills, and so many other lunar landscapes that the valley keeps.
Attached to the entrance to the Park is the headquarters of the Museum of Natural Sciences of San Juan. The function of the museum lies in showing the scientific importance of Ischigualasto, which are the most outstanding species that have been found and what the work of a paleontologist is like with the fossil remains found in the place. Biology and geology students are in charge of transmitting their experiences in this field in a didactic and entertaining way for any age. And the boys in particular have a blast; Full of enthusiasm, they ask questions that adults don't always dare to ask.

• In the museum you can see the replica of the Eoraptor lunensis, the great discovery of the Ischigualasto basin, considered the most primitive dinosaur in the world. Almost a meter tall, it has morphological characteristics that place it as the least evolved of the dinosaurs that lived together in the Triassic.

• Humahuaca. The towns of the ravine crossed by the Grande River interweave their cultural roots in a perfect combination of landscape and archaeological heritage. Along 155 km, the narrow valley that fertilizes the Grande River keeps enclaves more or less known and some little visited such as Volcán, Tumbaya, Sapagua, Huacalera, Maimará, among others. Geological wonders aside, Quebrada de Humahuaca holds the story of Argentina itself. The desert valley has preserved evidence of life dating back 10,000 years, from early hunter-gather tribes to pre-Hispanic communities, Incan culture, Spanish colonizers, all the way to the struggle for independence in the 20th century. 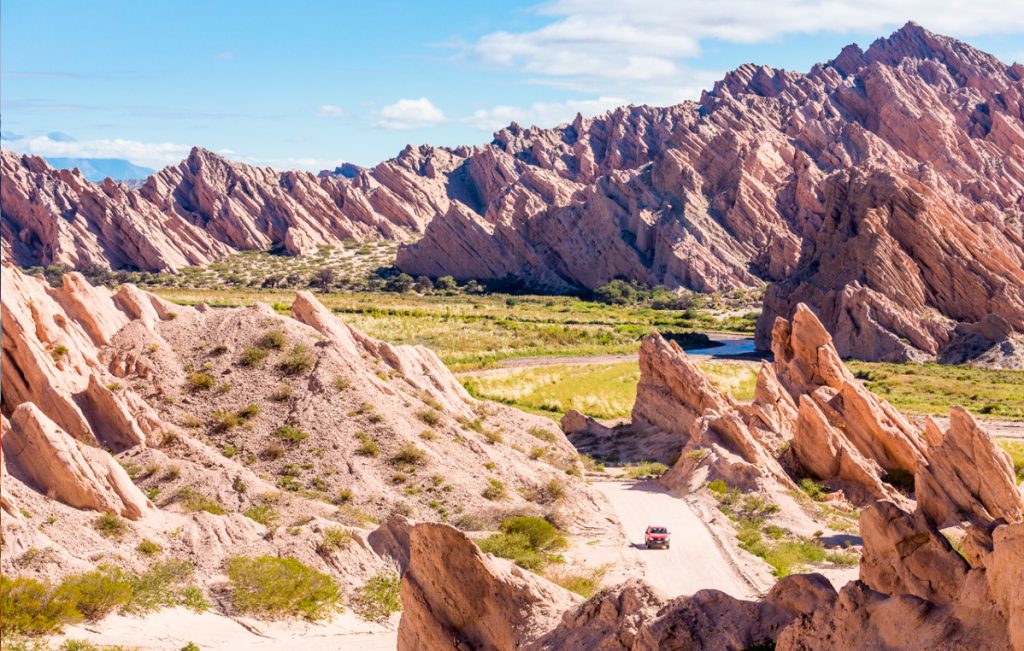 What is the best time of the year to drive Route 40?

Autumn and spring are ideal for traveling along Route 40 in any of its sections, due to the milder climate along its entire length. In Patagonia it is low season for tourism. Driving on the road does not require as much extreme care as if it were winter. And the colors explode in these times, showing all that is wonderful in nature.

In the north there is a coexistence of the mountain climate with the subtropical climate and the rainy season is summer. Autumn leaves behind the high temperatures and the climate becomes drier and more temperate.

Winter is also a good decision to explore the landscapes of the northwest, since the cold is not extreme and when the sun comes out it allows you to enjoy a little warmth on your skin.

Mendoza is considered the land of the sun and good wine. This idea can be extended to all of Cuyo. The warmest temperatures are in autumn and spring. Summer tends to be rainier. Winter is not so harsh and allows you to enjoy the outdoors.

Along the route to the south, the summer season tends to be a good option, especially in the southernmost Patagonia, when the routes are freed from ice and snow. Summer and the first days of autumn are optimal choices. The days are longer, ideal for enjoying the beaches of the southern lakes.

How to plan this trip to Route 40

You should plan at least 10 days to two weeks for your Route 40 trip, even more if you really want to enjoy the route. If you are in a hurry, the road can be covered in 8-10 days.

Keep in mind that to travel certain places such as climbing the Abra del Acay in the north as well as to travel some ranch roads in the south you may need an all-terrain vehicle.
You will have an absolute blast and driving the Ruta 40 will remain as one of our stand-out experiences of your life. But you do need to be prepared.

Traveling so many miles and covering such an important extension has its challenges. It's not the kind of trip where you can just hop in the car and set off. Large extensions of Patagonia are completely deserted and road sections are unpaved. On long stretches you will not find gas stations, places to buy food, nor will you find help to change a tire.

Ideas South America is an luxury travel company that designs unforgettable road trips and one of a kind experiences for over 20 years. Contact a Destination Specialist today and we will handle all of the details of your ideal vacation. 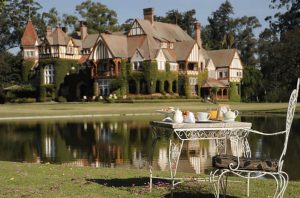 What is an Estancia? 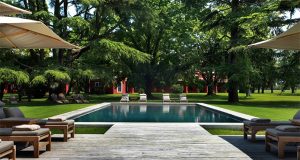 What is San Antonio de Areco? 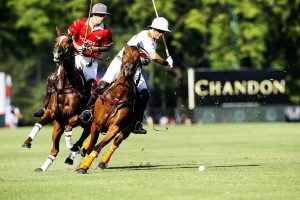 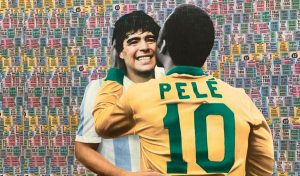 Things to do in Palermo: the largest neighborhood of Buenos Aires